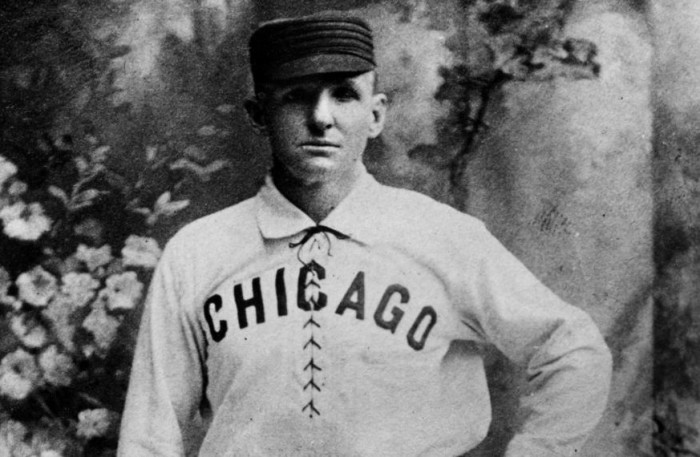 The offensive telegraphs, written in Morse Code, were sent in 1869 when Anson was a small town farm boy in Iowa. “It’s not who I am now,” Anson told The Heckler of the hate-filled sequence of dots and dashes. “Primarily because now I’m dead.”

A bigot on the field as well, Anson refused to play anytime homosexuals were included on the opposing roster, famously shouting, “Get that hot piece of man meat off the field and into my breeches!”

Conversely, Anson was also one of the great modernizers of baseball, and is credited with bringing new strategies and innovations to the game. For example, in 1888, he was the first player to adjust his crotch area during the national anthem.

The Cubs said they plan to address the racist telegraphs by issuing a commemorative Cap Anson bobblehead, which features the head up its ass.