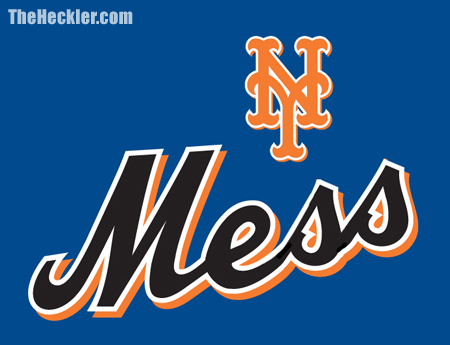 A month-long investigation by the NYPD into the mysterious ineptness of the New York Mets to win games since the All-Star break has finally come up fruitful as manager Terry Collins, general manager Sandy Alderson, and numerous members of the Mets’ bullpen have been indicted for taking bribes to have the team lose nearly every game they play. The NYPD first got suspicious of the Mets when lost two series to the brutally terrible Chicago Cubs in late June and early July and then went 1-11 in the 12 games after the July 10th All-Star contest.

“Yes, the rumor is indeed true,” Collins admitted Tuesday night, after another ridiculous fixed loss to the Reds in which Manny Acosta, he of the plus-9.00 ERA, got the loss. “Some bookie from the Bronx offered a lot of money upfront to Sandy and I with the specific directions to have the team lose in any way possible. Knowing our roster well, we both figured that the easiest way to purposely lose ballgames would be to give more innings to the bullpen, specifically Manny Acosta, who is known around the team as ‘Aco-loss-sta.’  My job was to keep putting Manny in as many games that we were winning as possible in order to blow those games and Sandy’s was to not send him down to Triple-A although that was the rational thing to do to help the team win more games. It was the perfect scheme, how could it go wrong?”

According to police commissioner Ray Kelly, only minimal jail time is expected for each of the guilty conspirators in the Mets organization that are a part of the game-fixing ring. However, Kelly said that the judges on the case will probably center most of the punishment for the crime in community service. Sentences and community service hours are expected to be handed down in a hearing on Wednesday.